Healing is a necessity for any combat-oriented player: it allows a player to heal themselves (or others) using Bandages to recover Health, to Cure poison, and to Resurrect the dead.

The Healing and Anatomy skills work together to determine how much Health can be restored.

It is possible for a player to Cure themselves and others, and Resurrect fallen party members. However, the player must have an appropriate level of both Healing and Anatomy in order to do so.

The gifted healer must also have dexterous hands. A players Dexterity will directly influence the speed at which they can bandage wounds and cure a targets ailment. Note that a player will be able to bandage another player more swiftly than they are able to bandage themselves.

Using a bandage on a poisoned target will attempt to cure them as well as provide 50% of the usual healing.

When curing with potions, bandages or spells if the first try fails each subsequent try (up to 3 total) will see the chance raise by its base value. Each type of curing is separate, a fail on a spell cure will not add to the chances of curing next using a potion or bandage.

This article is a stub. You can help Legends of Ultima Wiki by expanding it. 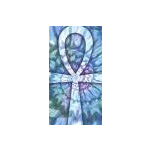